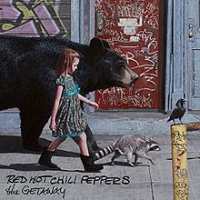 All the surface evidence on The Getaway suggests that the band Red Hot Chili Peppers, for most part, is steering its music towards unfamiliar territory. This change of sound first began on I'm With You, (Warner Bros. 2011) the first recording the band did without one of its key members, guitarist John Frusciante who left to pursue solo career. Instead, his protégé Josh Klinghoffer took over guitar duties and provided more layered guitarscapes. I'm With You (Warner Bros. 2011) was ...