Part 1 | Part 2 | Part 3 | Part 4 | Part 5 Part 3: The GhostsIn a recent essay in Commentary, Terry Teachout, arts and culture critic for the Wall Street Journal, makes an argument for the date on which the jazz era officially ended and the rock/pop era began--May 9, 1964, the last time a jazz musician (Louis Armstrong, with his version of “Hello Dolly," from the musical of the same name) topped the ...

Bowie's Books. The Hundred Literary Heroes Who Changed His Life John O'Connell 263 Pages ISBN: 1526605805 Bloomsbury 2019 Only a handful of musicians have embraced the continuous changes of musical directions, characters, and styles that singer David Bowie has during his long and illustrious career. It is difficult to embrace or fathom the enormous influence and impact that he had on worldwide culture across the many decades as it spread to so many ...

Mode/Mood Anton Corbijn 240 Pages ISBN: 9463887377 Cannibal Publishing 2020 In a career that spans four plus decades, photographer and film director Anton Corbijn became one of the best-known names in music photography. He was behind the lens of some of the most iconic music images of all time. With his work gracing the front covers of some of the popular albums (such as The Joshua Tree (Island, 1987) and All That You ...

A Bowie Celebration: The David Bowie Alumni Tour Irving Plaza New York, NY March 5, 2019 David Bowie was one of the most influential musicians for the 20th Century. His career began in the early 1960s and continued until his death in 2016. Acclaimed by critics, fans and other musicians, Bowie's music, much like his persona/personality, was stylish, innovative, bold, experimental, iconic and flamboyant. Because of his background in art, design and acting, Bowie's oeuvre ... 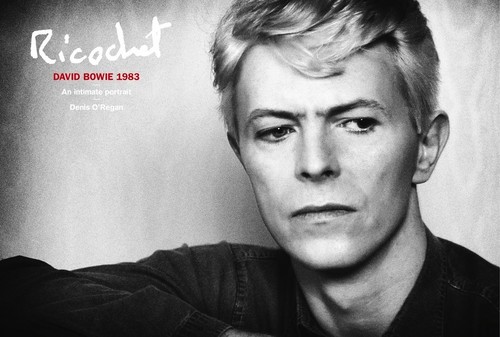 Ricochet: David Bowie 1983 Denis O'Regan 328 pages ISBN: 9781846149726 Particular Books 2018 1983 was a great year for David Bowie. In the previous two years he bowed out of music for a spell in order to act, debuting on Broadway as The Elephant Man and on television in Bertolt Brecht's play Baal. This move culminated in 1983, when he landed leading roles in two movies. Merry Christmas, Mr. Lawrence, directed ...

David Bowie: Behind the Curtain

David Bowie: Behind the Curtain Andrew Kent 160 Pages ISBN: 0996058753 Press Syndication Group 2017 Very few musicians have been as documented, analyzed or scrutinized as singer David Bowie. Ever since the 60s, Bowie has spent his entire life in the spotlight and really very few musicians can match or parallel his imaginative and aesthetic influence he has had during his lifetime. An ever evolving and transformative person, he was a master of ...

Paul Morley: The Age of Bowie

The Age of Bowie Paul Morley 496 Pages ISBN: 978-1471148088 Simon & Schuster UK 2016 The enormous grief and sadness that outpoured at the unexpected death of singer David Bowie by fans and supporters worldwide were immediate and sincere. As soon as the shocking news broke on the 11th of January 2016, fans paid their homage to this artist who not only pushed boundaries but who also shaped and embodied the ...