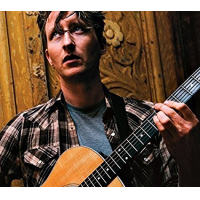 Guitarist Shane Parish has amassed a strong following due to his affiliation with the ultra-progressive band Ahleuchatistas, known for its impossibly complex unison song-forms, neo-psyche, fuzoid-metal or as his website states: ..."almost like Fugazi meets Captain Beefheart." These days Parish and percussionist Ryan Oslance are performing under the Aleuchatistas moniker as a duo, while dishing out avant-rock sonic-scapes that touch upon numerous genres and then some. Besides the guitarist's other collaborations that usually push the proverbial envelope, he puts the ...