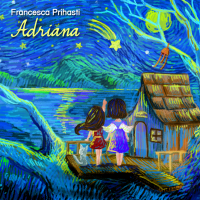 Francesca Prihasti paints a series of fantastic notions and tuneful tales on Adriana. For this, her third album following Night Trip (Self Produced, 2014) and Evolving (Self Produced, 2015), the young pianist expands her palette while drawing meaning from the personal realm: The album's inspiration is Prihasti's late mother, Adriana, who passed away in May of 2017, so there's a woeful shadow of a sort cast across the project. But don't write this off as a downcast date. Rather than ...