Roy Hargrove HARGROVE Poplife Productions 2022 When trumpeter Roy Hargrove passed away in November 2018, after enduring a longstanding battle with kidney disease, friends and fans of the jazz wunderkind mourned what could have been almost as much as they celebrated what was. He was, for many, an accessible bridge to jazz music that curious followers of hip-hop and R&B were willing to explore simply because Hargrove had shown them the way. For others, he ...

Roy Hargrove's loss this year was especially difficult on the jazz community, so Pat and Mike devote a whole episode to his work. We didn't get to his electric period in this one, but look at three acoustic leader dates as well as an album where he takes the “Miles" slot in a Herbie Hancock led tribute group. We also peek in on his contributions to D'Angelo's influential album Voodoo. Musings about the young lions movement, nineties style jazz production, ...

In memory of Roy Hargrove. This interview was first published in 1996. All About Jazz: Glancing at your discography, I am impressed by the number of musicians you've recorded with. In fact, the title of your release Family refers to the extended family of musicians that you've acquired over the years. What is it that makes you all kindred spirits? How do you feel connected? Roy Hargrove: Number one, having played with them in a lot ...

Lonnie Liston Smith, Roy Hargrove New Morning Paris, France July 23, August 1, 2014 Among the nightly summer concerts staged at New Morning in Paris was a double dose of electronic funk and neo-soul sounds by multi-keyboardist Lonnie Liston Smith and trumpeter Roy Hargrove. Each played to capacity audiences on humid nights that challenged the air-conditioning system of the spacious no-frills hall. Smith, 73, standing in front of the stage at an elevated ...

Roy Hargrove Quintet at Jazz at the Centre

Roy Hargrove Quintet Jazz at the CentreNorthwest Activities Center Detroit, Michigan January 11, 2014 It seems these days that some of the most crucial aspects of jazz are the ones being downplayed by those jazz artists that have become the darlings of the jazz media. Peruse any number of top ten lists from 2013 and you'll find that many of these titles lack those basic elements such as swing, the blues, and mastery ... 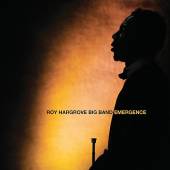 As a trumpeter, composer, and an arranger, Roy Hargrove has been a mainstay of the contemporary music scene in a variety of formats for nearly two decades. Nevertheless, his big band experience has been limited mostly to his appearances with the Dizzy Gillespie All-Star Big Band, with which he has most ably proved himself an heir to the late trumpet legend's mantle. Hargrove has been steadily accumulating big band experience in his own right since 1995, however, and Emergence is ...