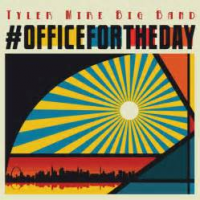 Social Media has spewed forth a cornucopia of emoticons, symbols, and catchphrases that have Twittered their way into Webster's. The title of trumpeter/composer/arranger Tyler Mire's (pronounced “Meer") latest effort -"#Office for the Day" -is one example of a phrase that's particularly loved by musicians. However, there's nothing common or over-washed out about this latest fine effort from Mire and Team. Before his hitching up and joining the U.S. Navy's elite “Commodores," Mire pulled together a group of ... 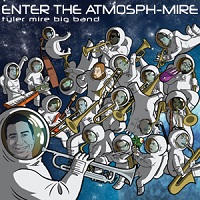 Originally televised back in the black-and-white 1960s, Rod Serling's The Twilight Zone broadcast an episode--now classic--in which miniature alien spacemen land and terrorize a woman who is frightfully alone in her farmhouse. The cover art depicting happy little “musician-nauts" walking in space notwithstanding, Enter the Atmosph-Mire does no terrorizing. It does, however, shoot for, hit, and display the stars.Dallas-based trumpeter/composer/arranger Tyler Mire (pronounced “Meer") has enlisted a cadre of Big D's best here and hands them a musical ...