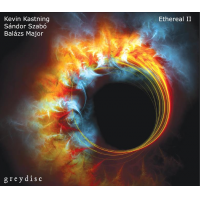 American fingerstyle acoustic guitarist Kevin Kastning has increasingly dedicated himself to two musical areas: improvisation and extending the range of the acoustic guitar. He has created a number of new instruments in this quest, including the 36-string Double Contraguitar, 30-string Contra-Alto guitar and 17-string Hybrid Extended Classical guitar he has used on recent recordings. In addition to performing solo, he has found common cause with several other musicians with whom he regularly collaborates, notably Hungarian guitarist Sándor Szabó, British guitarist ...