Steve Slagle: Ballads: Into the Heart of it

New York-based saxophonist, composer and educator Steve Slagle refused to let the pandemic interfere with his recording activities, and in August of 2021 completed a project covering an assortment of wonderful ballads on Ballads: Into the Heart of it. Having carved out a distinguished musical career spanning over four decades and documented on over 20 albums as leader, presenting the ballads in a slightly different way was a new challenge Slagle mastered elegantly. The album features a mix ...

Veteran reed player Steve Slagle delivers another exciting jazz album in this sequel to Alto Manhattan (Panorama Records, 2016). The core band is much the same: pianist Lawrence Fields, drummer Bill Stewart, and Roman Diaz playing conga and percussion on several tracks. Frequent playing partner Scott Colley joins in on bass, and the special guest is long time friend guitarist Dave Stryker. Stryker and Slagle have co-led a band for many years, and the guitarist brings sympathetic support and fiery ...

Steve Slagle is one of those players that's often overlooked yet hard to forget. Why this sixty-five-year-old saxophonist who's constantly bringing energy and a spirit of exploration to the fore doesn't get the ink or marquees that come to his musical peers ten years his senior or several decades his junior is something of a head-scratcher. If you've seen him as a sideman, encountered him co-leading a band with guitarist Dave Stryker, checked out his duo work with pianist Bill ... 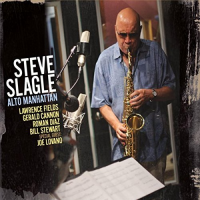 Alto Manhattan is a confident and intelligent follow-up to saxophonist Steve Slagle's 2012 album Evensong. Kicking-off with a blues head (but with a twist) “Family" is a no-nonsense stormer benefitting from guests Joe Lovano on tenor sax and Roman Diaz on congas and some good tenor / alto “jousting" towards the end of the track. “Alto Manhattan" is Latino for the NYC area in which Steve lives, otherwise known as Upper Manhattan or The Heights. Here it's represented by a ... 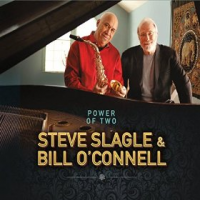 The initial impetus behind the creation of this recording was the passing of Kenny Drew Jr., an exceptional and underappreciated pianist who saxophonist Steve Slagle worked with, both in the Mingus Big Band and on one of his own leader dates--Reincarnation (SteepleChase, 1994). On the day his friend passed, Slagle penned “KD JR.," later sending it to Bill O'Connell, another of his piano-playing colleagues. That got the ball rolling for this, the first duo date in Slagle's discography. 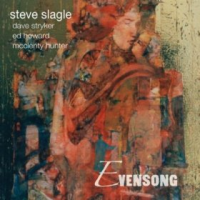 Saxophonist Steve Slagle is a consummate leader often pegged as a sideman; with a résumé that includes stints with big band legends like Woody Herman and Lionel Hampton, left-of-center trailblazers like pianist Carla Bley, Latin giants like Ray Barretto and modern day marvels like tenor saxophonist Joe Lovano, it's easy to see why some people may look at him as a side dish, but outings under his own name mark him as main course material. His outstanding ...