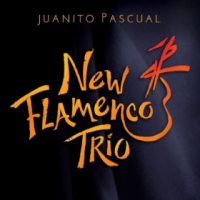 While the trio may be the most overused grouping in jazz, it's not nearly as common in flamenco music. But that's not a problem for guitarist Juanito Pascual, a man skilled at tweaking established formulas. This Minnesota-born flamenco phenom is well-versed in the traditions, techniques and history of flamenco music, but he isn't weighted down by all of them. This was clear from the beginning, when Pascual released a debut--Cosas En Comun (Self Produced, 2003)--which focused on ...