Meet Jonathan Smith: Portland, Oregon jazz guitarist, playing in the stylistic tradition of Grant Green. Instrument(s): Guitar.Teachers and/or influences? Dan Balmer, Bruce Forman, and many other great musicians I've had the good fortune to spend time with. A few special influences are: Ingrid Jensen, Benny Green, Randy Porter, Quincy Davis, and Bucky Pizzarelli.I knew I wanted to be a musician when... I have been passionate about ... 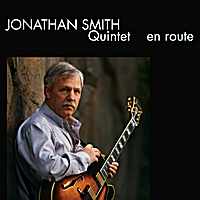