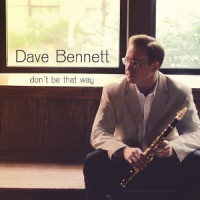 Clarinetist Dave Bennett's Don't Be That Way is a throwback album, but it's not a carbon copy of what's come before. Bennett certainly finds inspiration in the work of past masters, driving down the highways and byways that have been paved by Benny Goodman, Artie Shaw, Woody Herman and others, but he's willing to look at their music with a fresh set of eyes; he's a centrist, but not a complete traditionalist. He'll occasionally throw a curve ball on a ...