Slovenian tenor saxophonist Jure Pukl follows up his quartet outings Hybrid (Whirlwind Recordings 2017) and Doubtless (Whirlwind Recordings 2018) with an album that signals a clear change of direction. On Broken Circles Pukl swaps his saxophonist wife Melissa Aldana for Joel Ross on vibraphone and adds guitarist Charles Altura for some lyrical comping, on top of a well-versed rhythm section. As a direct result, harmony and flow arise more implicitly, giving Pukl the ideal environment to perform long stretches of ...

Jure Pukl is one of Slovenia's most prolific and creative saxophonists, who has been performing for years all over the world. He is part of a new generation of musicians shaping the future of jazz. This concert at BIMHUIS features the line-up from his recent album, Doubtless: a tenor sax front-line of Jure Pukl and his partner Melissa Aldana, with bassist Joe Sanders and drummer Gregory Hutchinson. At BIMHUIS they were joined by a number of special guests ... 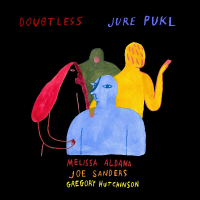 Melissa Aldana guested on two tracks featured on Jure Pukl's previous album Hybrid (Whirlwind, 2017), so it's no surprise that she's been recruited again for Pukl's follow-up recording. However, taking a slightly different tack, the saxophonist has dispensed with a piano or any chordal instrument for this set. But having two front line tenor saxophones isn't a new thing in modern jazz. For example, Al Cohn and Zoot Sims did this on their 1960 album You 'N' Me (Mercury), albeit ... 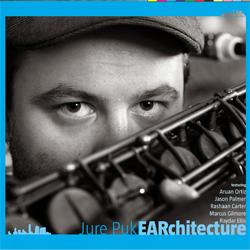 Saxophonist and composer Juri Pukl is a man of many parts. He has ensconced himself in jazz, but he is also involved with pop, rock and hip hop. His compositions are strongly ingrained in the written note but he views a distant horizon as he and his band mates set out on the road to improvisation. All of this serves him well on EARchitecture.Pukl balances muscularity with gentleness on this well selected passel of tunes. As an improviser ...