Santana with the Doobie Brothers The Northwell Health at Jones Beach Theater The Supernatural Tour Wantagh, NY August 25, 2019 Carlos Santana is a 10-time Grammy Award-winning musical legend. The Mexican-American guitarist and songwriter formed his eponymously named band in San Francisco in 1966. Over the years, the band has undergone numerous lineup changes. Carlos Santana is the only constant member. Success came early to Santana. The guitarist and band cemented its place in ...

It's a cliche, but for Carlos Santana, the year of 1976 was a critical turning point in his long career. Coming after Borboletta, his third consecutive jazz fusion record, he was catching heat from the execs at Columbia Records to come up with something reminiscent of the classic Latin rock which had made him a star at Woodstock.Santana changed managers and looked change course by bringing in an outside producer (David Rubinson) and recruited a new vocalist in ... 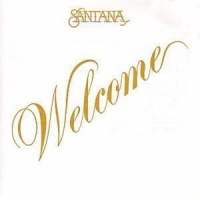 Once upon a time there was a guitar god who had grown bored with all his fame, riches and glory. He longed for something more than another multi-platinum selling record. He desired not simply acclaim, but respect. He knew to get it he would have to walk away from the distinctive style that made him popular and wealthy. It was a risk to confuse his band and his fans by making a radical change in his musical direction. But he ... 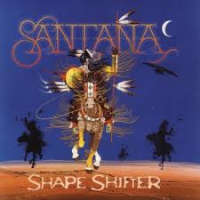 The sticker plastered to Shape Shifter proclaims this is the Santana album 20 years in the making. Actually, it's the first album in 13 years where the guitarist doesn't just seem like a sideman on his own records. Nobody is more deserving of a career-reviving success story than Mexican-born Santana who was rewarded after years of falling sales and critical disinterest by the nobody-saw-it-coming success of Supernatural (Arista, 1998) which sold a whopping 15 million copies and won 11 Grammys.

SantanaFestivalColumbia Records1977 The year 1977 was another period of transition for guitarist Carlos Santana. He was going into the studio to craft a follow-up to Amigos, the highly successful 1976 return to Top 10 Billboard status after abandoning a four-year immersion in jazz fusion. During that phase, Santana had turned his career over to rock promoter Bill Graham and producer David Rubinson and was searching for a way to ensure his ...

Carlos Santana is now revered as a guitar hero and symbol of musical diversity like few, if any, living figures in contemporary music. The San Francisco native took a decidedly circuitous route to this prestigious position, notwithstanding the commercial slant of his most recent, Grammy-award-winning blockbusters.

In the autumn of 1971, the band to which Carlos Santana had given his name were at the zenith of commercial ...

Santana: Live at the Fillmore '68

Live at the Fillmore '68 is an outstanding and welcome glimpse into the exciting musical invention of one of rock's most musically creative groups, Santana. It also offers much for jazz listeners to appreciate. At this point in the band's evolution it was called the Santana Blues Band and this quintet of young, talented and broad-minded musicians (featuring talented B-3 grinder / vocalist Greg Rolie) was still one of San Francisco's best kept secrets. What is most striking (especially on ...