Wesla Whitfield: Let's Get Lost: The Songs of Jimmy McHugh 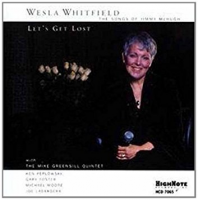 Although not in the same class as innovators like Jerome Kern, Irving Berlin, George Gershwin, Cole Porter or Harold Arlen, the composer Jimmy McHugh (1894-1969) achieved, by any standard, the songwriting trifecta. His songs were of exceeding musical merit, they enjoyed huge commercial success, and they have endured the test of time. In his seminal book, American Popular Song, Alec Wilder observed that Mr. McHugh “wrote a great many songs, among them some of the best pop songs ever written.” ...