The 42nd Annual Freihofer Jazz Festival in Saratoga Springs, NY was held from June 28-20, 2019 at the Saratoga Performing Arts Center. The broad spectrum of jazz was well represented. Well over 25 artists performed. There was an unofficial opening on the 28th held at the Caffe Lena, a venue located in Saratoga Springs itself. With local artists performing at various venues throughout the city. Joe Locke and his Quartet was the unplanned last minute opener at Caffe ...

We start this week's episode with one of the finest voices on the vibes who made his way through Kansas City in early December, Joe Locke, with a cut off his new CD Subtle Disguise. From there, we dive headlong into the music of a legend on the drums in Billy Cobham, who was the subject of a book by Brian Grueber. We take some time to look into the piano skills of George Colligan off his ... 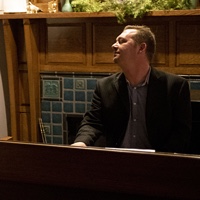 Joe Locke/Pat Bianchi/Marvin “Smitty" Smith Detroit Groove Socirty West Bloomfield, Michigan December 7, 2018 One of the key elements of jazz over the history of the music has been the social aspect that is inherent in the type of musical communication that marks improvised music. During the swing era, if you were so inclined, you could head to the popular ballrooms to dance to the big bands of Artie Shaw, Benny Goodman, Glenn Miller, or ...

Have we been dealing with two different Joe Lockes for all these years? To some, the vibraphonist presents as a technically adept and intellectually curious seeker, constantly pushing through to new levels of possibility and commitment with his music. But for others, Locke is a conduit to understanding the human condition. This is a dichotomy that obviously speaks to vantage points and perspectives, with neither understanding ringing false. And while the existence of said split isn't at all surprising when ...

On the surface it's not so easy to spot the common thread unifying the greater fabric of Joe Locke's work. Since arriving in New York City in 1981, and emerging as a notable leader on record in the early '90s, this much-vaunted vibraphonist has developed into a protean performer and composer. Duo sessions with pianists Frank Kimbrough and Kenny Barron, a collaboration with vocalist Kenny Washington, dates co-led with pianists David Hazeltine and Geoffrey Keezer, an album with Lincoln's Symphony ...

Since signing with Motėma Music a couple years back, vibraphonist Joe Locke has been releasing some of the best and most diverse music in a career now entering its fourth decade. From the near-fusion energy of 2012's Signing--the long overdue studio followup to the Joe Locke / Geoffrey Keezer group's incendiary Live in Seattle (Origin, 2006)--to the expansive beauty of his 2013 quartet collaboration with Lincoln, Nebraska's Symphony Orchestra on Wish Upon a Star and, just a few months later ...

Since the late '80s vibraphonist Joe Locke, an artist who defies categorization, has performed and recorded with a diverse array of musicians, including Eddie Henderson, Cecil Taylor, and The Beastie Boys. Love Is A Pendulum, his fourth release on the Harlem-based Motema label, features some of Locke's most compelling music to date, the centerpiece of which is a five movement suite based on a poem by musician and writer Barbara Sfraga. Culled from Sfraga's Subway Series, Locke explains ...