A Year with Swollen Appendices Brian Eno 480 Pages ISBN: 0571364616 Faber & Faber 2020 Published diaries are a strange affair. The relationship between the diarist and the diary itself is a private affair, considered to be almost sacred. People write their deepest, most heartfelt passions in their diaries, their thoughts, and desires, and they are safe in the knowledge that the diary will not be seen by others. This ...

In a storied and kaleidoscopic career which has seen him change the course of music several times, it is fair to say that British musician, producer and visual artist, Brian Eno has never been one to park himself in the same spot for too long. It will come as little surprise then, that his latest effort, in collaboration with his younger brother, pianist and de-composer Roger Eno, titled Mixing Colours finds him inhabiting a seemingly known but vastly different space ... 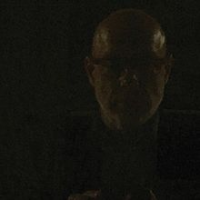 Composer and producer Brian Eno's ambient record Reflection truly goes to the mind and the heart in a quiet and seductive way. This hour long intriguing and captivating tapestry of carefully interwoven sounds conjures up landscapes of internal emotions that reflect the warmth and quiet of the first day of the new year when it was released. Eno's records have always been a fascinating blend of aesthetic, emotions, careful strategy and technology and as such have always functioned on many ...

Brian Eno: Visual Music Christopher Scoates 416 pages ISBN: 1452108498 Chronicle Books 2013 To say that polymath Brian Eno is one of the most influential figures of our time would be a severe understatement. Eno has been one of the pivotal figures of the 20th century music as he introduced a popular voice to a century of musical change, and he has continued to do so in the next one he has ...

Brian Eno and David Byrne: My Life In The Bush Of Ghosts

Brian Eno and David Byrne My Life In The Bush Of Ghosts Nonesuch 2006 (1981) A lot of people get called geniuses, and not all of them deserve it. But if a genius is someone with that rare gift of transforming the intangible into the tangible, of turning ideas into reality, then Brian Eno is a genius. One of the far-reaching innovations he helped bring about was the transformation of studio technology ...

Brian Eno / David Byrne: My Life in the Bush of Ghosts

My Life in the Bush of Ghosts was rightfully heralded as groundbreaking when it was first released in 1981. Ambient forefather Brian Eno and Talking Heads singer/songwriter David Byrne created an innovative blend that set precedents for numerous trends, including electronica, sampling and world music. The cerebral concept was also remarkably physical--dance music for thinking people, as it were.

25 years later it remains important, and Nonesuch's remastered reissue has only improved it with the addition of seven tracks that, ... 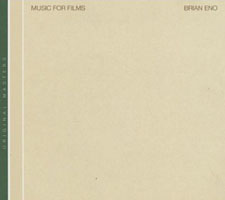 While ex-Roxy Music keyboardist Brian Eno was establishing a distinctive and new style of music that he called Ambient Music--which investigated the potential of making music as an integral part of the listenerâïïs aural landscape--he was also finding ways to mold the concept, albeit in sometimes a more direct way, to integrate it with other media including film. Like the Ambient Works series, where Astralwerks and Virgin recently reissued Enoâïïs seminal Ambient recordings in beautifully remastered form, the ...