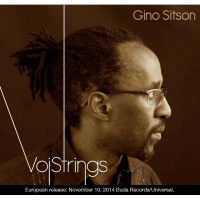 The categorization of “Jazz Vocal," which through time has come to cover an expanding field of wide ranging artists, might not be the appropriate tag to hang on Gino Sitson.VoiStrings is a showcase for Sitson's vocal extensions to take on another dimension as he explores in depth the art of singing as instrumentation. Accompanied by a tight ensemble that supplies a comfortable setting for Sitson to do his thing, he delivers a relaxed and assuring production, which not only demonstrates ... 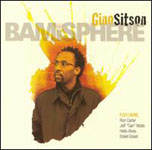 For his third solo album, Cameroonian vocalist Gino Sitson is joined by bassist Ron Carter, drummer Jeff “Tain Watts, bassist Essiet Essiet and pianist Helio Alves for twelve originals all sung in Medumba, a dialect of his native Bamileke language. Because of this, it is difficult to discern the meaning of each song but, according to the notes, the lyrics deal with subjects such as “discrimination, tolerance, friendship, freedom, simplicity.......and prayers for guidance. There are also lyrics that tell of ... 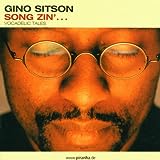 Quick and to the Point: African jazzistic vocal lusciousness.

Although seldom fully appreciated, musical expressions often evidence a remarkable bond with the cadences, inflections, harmonic and melodic character of the languages spoken by their producers and interpreters. Africa’s premiere position amid the world’s rhythmic bequest, for example, is not merely coincidental. Many African languages are percussive in nature, like the West Cameroonian Bamileke languages, of which Medumba is best represented in this recording. When such percussiveness is ...