Chico Pinheiro: There's a Storm Inside 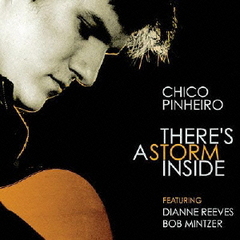 The near falsetto vocals of Chico Pinheiro perfectly offset the voluptuous music that he has created on There's a Storm Inside. However narrow his vocal range, Pinheiro is a master storyteller and weaves his lines like an elaborate tapestry, a sort of patchwork quilt that tells the story his way. Pinheiro has a softness that seems to accelerate and retard his very breath, which increases the dramaturgy of his vocal gymnastics in both English and Portuguese, but more so in ...

Chico Pinheiro: There's A Storm Inside 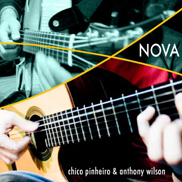 Dual guitars is the theme of Nova, by Chico Pinheiro and Anthony Wilson. The musicians and their album represent the merging of cultures: American and Brazilian.

Wilson, a New Yorker, is a Grammy-nominated guitarist who has recorded six solo albums since 1997.  Among them is Power of Nine (Groove Note, 2006), which was in The New Yorker's roundup of the Top 10 jazz recordings of that year.  Pinheiro, a native of São Paulo, has earned several ... read more