Norbert Stein: We Are 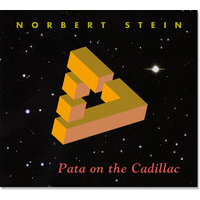 German tenor saxophonist Norbert Stein is a distinguished composer and leader. He can prompt laughter, despair, and mesmerize the listener via regimented arrangements, sparked by difficult time signatures and multilayered sound mosaics. A self-described patamusician, inferring the Pataphysics movement started in 1948 by French playwright Alfred Jarry, Stein proffers an existential realm of thought, equated to Pata's science of imaginary solutions. The artist's long-running band essentially pulls out the stops throughout this affair, brimming with attractive melodies, ... 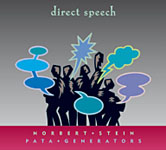 Since 1986 German saxophonist Norbert Stein has issued fifteen albums under his emblematic Pata Music moniker, which is based on Frenchman Alfred Jarry's ideologies pertaining to physics and unreal logic, among other factors. In turn, Stein's compositional prowess includes what he refers to as “composed spheres," enacted by the soloists' options to rearrange various movements of a given piece. And while Stein is not widely known in the USA, his muse and methodologies often signify a higher level of progressive-jazz, ...

Interaction among separate elements can have greater impact than the individual actions of those elements. The process is called synergy. Synergy works on all levels and is an important factor behind the successful outcomes that can emerge from collaborative effort--and it can be powerfully productive when individuals get together to make music.

While Stein serves as the composer and tenor saxophonist, the band is a multitasking machine, as the soloists toggle between drums, percussion, EFX, mallets, flutes and so on. They engage in a blitzing frenzy, marked by pulsating rhythms during the opener, “Parliament ...

German saxophonist, composer, band-leader and technologist Norbert Stein along with his often compelling musical visions are based upon the late surrealist Alfred Jarry’s – Pataphysics – theories and writings as Stein’s lucid and often stirring musical concepts vary from one project to the other. Stein’s latest effort is a thirty-four minute enhanced CD consisting of electronics and “videotraces” provided by his associate Reinhold Knieps as Pata Blue Chip offers the willing listener an interesting concoction of four futuristic-type works that ...