Mungolian Jet Set: We Gave It All Away...Now We Are Taking It Back 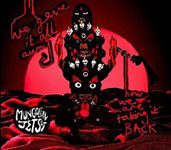 Living in an alternate universe, where groove is paramount regardless of where it finds its inspiration, Mungolian Jet Set's debut, Beauty Came to Us in Stone (Jazzland, 2006), found its primary members--turntablist/sonic manipulator DJ Strangefruit, known in this dimension as Pål Nyhus, of Nu-Jazz progenitor/trumpeter Nils Petter Molvær's group until recently, and sound sculptor Reider Skar--creating sonic collages that defied any kind of easy categorization. The double-disc We Gave It All Away...Now We Are Taking It Back is a little ... 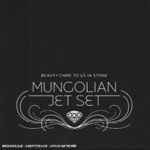 It's only in performance, that Paal “Strangefruit" Nyhus's true value can truly be appreciated. Yes, he's a turntablist (purists can prefix that with “dreaded," though they'd be grossly mistaken), but he's also much more. He's a sound sculptor who, like Brian Eno and John Cage, finds music around every corner. He possesses an extensive record library, from which to source some of his sounds, which would shame even the most pathological collector. Over the past decade, this Norwegian sonic explorer ...