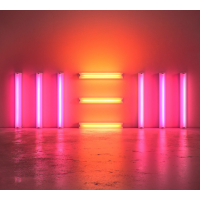 Welcome back Paul McCartney. For lack of a better phrase, he's back to where he once belonged. He's released a collection of songs that is all at once lyrically pleasing, Beatlesque, forward-thinking, modern, vintage and above all else rocking. On New, Sir Paul sounds re-energized. Gone are the introspective, reflective and somewhat somber lyrics and music that plagued Memory Almost Full (Hear Music, 2007), his last collection of original offerings (2012's Hear Music release Kisses On The Bottom was a ...