Chris Vadala: Out of the Shadows 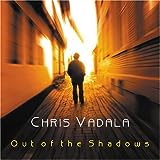 For me, Chris Vadala stepped “out of the shadows" the first time I heard him perform as a guest artist at an IAJE conference. “Who is this guy," I thought to myself, “and where has he been hiding?" I later learned that he had logged serious time with the Chuck Mangione Quintet, appeared on more than a hundred albums as well as film and television soundtracks, and was director of the Jazz Studies program at the University of Maryland in ...