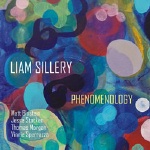 There's a sense of danger and change on Phenomenology, trumpeter Liam Sillery's fourth CD release on OA2 Records. His quintet--trumpet, saxophone, and rhythm section--often sounds as if it's leaning over the edge of a cliff, just a degree or two away from tipping and falling.

It hasn't always been this way with Sillery. His debut, Minor Changes (OA2 Records, 2004) and the follow-up, On the Fly (OA2 Records, 2006) could both be called mainstream affairs, often described as having a ... 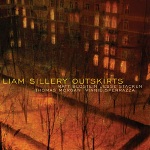 The opening “Prana" begins and ends with an interesting form reminiscent of vintage Wayne Shorter, replete with an airy free-form middle section with communicative blowing between trumpet and saxophone. Pianist Jesse Stacken stands out on “An ...

Liam Sillery: On the Fly 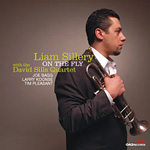 It's fitting that trumpeter Liam Sillery chose to close this program with Lee Morgan's “Ceora, since the parallels drawn between the two stand out so distinctly. He steers this New York/Los Angeles quintet through his crisp and clean sophomore recording project with all elements in place. Swing, groove, cohesiveness, technical mastery and improvisation show up from all parties concerned.

While the program is original, the quintet's sound isn't. Sillery brings back the classic Blue Note sound of the ...

Liam Sillery with the David Sills Quartet: On the Fly 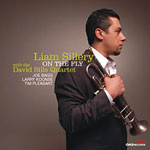 Liam Sillery invited David Sills to join him on his excellent debut from last year, Minor Changes (OA2). This time out, on his second set as a leader, the New York-based trumpeter/flugelhornist hooks up with the Los Angeles-based player's working quartet: Sills (tenor sax), Joe Bagg (organ), Larry Koonse (guitar) and Tim Pleasant (drums). The two front-line players split the composing chores; four tunes come from Sillery's pen and four more from Sills, along with a classic cover tune, “Ceora," ...

Trumpeter/flugelhornist Liam Sillery invites tenor saxophonist David Sills into the front line on this straight-ahead quintet outing for a sound reminiscent of Blue Note's heyday. The leader's musical mentors are Red Rodney, Ira Sullivan, and especially tenor man Joe Henderson. The influences show as the band opens with a lively Sillery original, “Minor Change," featuring some sparkling unison blowing to kick things off, leading into a freewheeling trumpet solo. Sillery's tone is warm and bright, and the rhythm section elevates ...