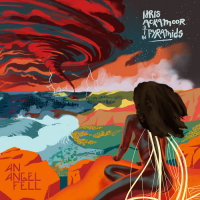 After decades in the shadow of its American parent, 2018 is the year in which British jazz is finally coming of age. A growing community of London-based musicians is emerging with a unique aesthetic which reflects both the Caribbean and African musical heritages of the majority of its vanguard players and also such locally created styles as grime and garage. Jazz was created by black musicians. The new London scene is by no means racially exclusive, but there is no ...

Something wonderful is happening in London in summer 2018. A disruptive musical movement, led by an inter-connected community of young musicians, is taking jazz in vibrant new directions and finding enthusiastic new audiences. Hybridisation is the name of game, which reflects London's cultural diversity by absorbing locally created styles such as grime and broken beat within the music's traditions. Many of the new movement's auteurs and at least half of the players are black. Nothing like this has happened in ...