It would have been a shame if drummer and composer Colin Hinton's Simulacra, released in 2019, fell through the cracks. On this, his second leadership outing in the wake of Glassbath (Snake And Cornelia, 2018), he captains a crew of current and former Brooklyn-based talent in a mysterious but satisfying set. Hinton merges compositional elements with unfurling interplay which sounds guided in its cohesion, but without any evidence of the joins. As a result the six cuts evolve naturally, but ... 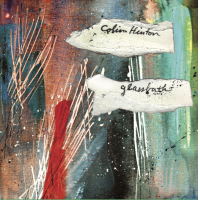