The Latin Jazz All Stars at Dazzle

Latin Jazz All Stars Dazzle Denver, CO January 10, 2019 The All Stars came to town Thursday night and lived up to their name. The Latin Jazz All Stars is an amalgam that periodically organizes and tours with a fluctuating cast of players. A similar conglomeration came through the Denver area almost exactly six years ago. Like Thursday night's group, that band was a sextet and half of the 2013 band returned this year ... 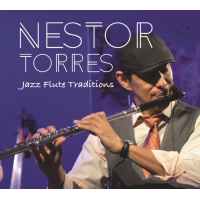 Born in Puerto Rico in 1957, Néstor Torres began learning the flute at the age of 12. Moving with his family to New York when he was 18, he studied jazz and classical music at the Mannes College of Music in New York and the New England Conservatory of Music in Boston. Following in the wake of over fifteen albums, including the Grammy and Latin Grammy-nominated Nouveau Latino, released in 2008, Jazz Flute Traditions is an homage to early pioneers ... 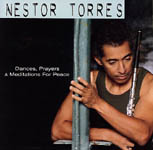 Normally when I review an album that's mostly devoid of a session drummer, I get on a soapbox about how bland the programming is or how the music would be better if acoustic drums and cymbals were used instead of synths. Not so with Nestor Torres' Dances, Prayers & Meditations for Peace. It's not that Carlo Pennisi's programming, cleverly labeled as “production, breaks any molds. The difference here is that Torres' songwriting and performance are interesting enough to overcome the ...