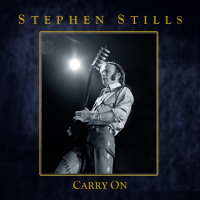 Stephen Stills is a guitarist, vocalist and songwriter who has contributed remarkable, deeply human--and humanizing--songs to the rock 'n' roll canon for going on 52 years. An unabashed liberal who has contributed to numerous political campaigns over the years, Stills puts passion and conviction into his artistry. He always has. Remember the first time you heard “For What It's Worth," the Buffalo Springfield debut released in spring 1967? It set protest in a perfect pop frame, articulating the potent blend ...