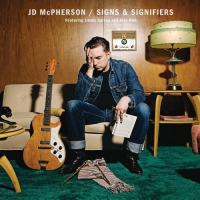 There is an often told tale of a NASA time capsule sent to the dark regions of outer space in late 1977. The capsule, intended to be discovered by beings light years away, was festooned with various sounds that would give a clue as to life on mother earth; the rustling of leaves, the sound of water flowing gently over a riverbed, a baby's cry, or the clackety racket of internal combustion engines. Also included were quartets from Bach, symphonies ...