Jackie Shane: Any Other Way

BY JAKOB BAEKGAARD
October 16, 2017
Sign in to view read count 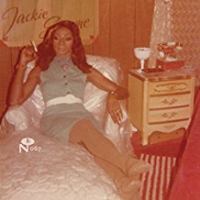 The Chicago-based reissue label, Numero Group, has done much to resurrect musical gems of the past, especially in their acclaimed Eccentric Soul Series that has uncovered music released by forgotten labels like Capsoul, Deep City and Prix. The latest entry in the catalog is a musical monograph of the unsung soul singer, Jackie Shane, who finally gets her due with the box set Any Other Way (2017) that collects a large part of her musical output. On the surface, it is not much, six 45s and some live sessions taped at the Sapphire Tavern in Toronto, but the quality of the music is awe-inspiring.

Shane is an uncompromising artist and gives herself completely in her music. Gospel music was a formative influence and when she sang, she could feel the spirit: "People who don't know think (the spirit) is just a word, but it's not. It's almost like (being) in another dimension, because you are no longer in charge. But you're being driven so beautifully that you want it never to end."

The feeling of never wanting the music to end was reflected in her live performances and this is where you get the full reach of the singer. Live at the Sapphire Tavern is the masterpiece in the set and writer Rob Bowman, who has written the extensive liner notes, rightfully places it in the pantheon of live albums like Sam Cooke's Live At The Harlem Square Club and Gene Chandler's Live at the Regal and then there's also the live-album that inspired the idea of Jackie doing her own live album: James Brown's iconic James Brown Live at the Apollo. In fact, there's a direct homage to Brown, with Shane interpreting "Papa's Got A Brand New Bag," but the highlight of the set is the deliverance of her signature song "Any Other Way." Originally penned by William Bell, Jackie Shane made the song her own and it became a regional smash-hit. However, the real transformation of the song into a work of art happens live where the short and sweet single becomes an autobiographical 7-minute plus epic that foreshadows Isaac Hayes' artful use of talking (or rapping) passages on his classic Hot Buttered Soul.

Indeed, Jackie Shane has had more life experience than most people and has been through a lot. Bowman sums it up in the following way:

"Jackie's story is one that a Hollywood screenwriter couldn't begin to invent. Kidnapping, carnival side shows, con artist ministers, professional gambling, careers as a drummer, vocalist and dancer, fame in Toronto, Montreal and Boston, one monstrous regional hit single, a solitary live album (and no studio albums), a magazine cover alongside John Wayne, and a disappearing act to rival that of Houdini."

Talk about a teaser. No dry liner notes in sight and Bowman expertly unfolds every aspect of Jackie's story with participation from Jackie herself in a well-written text that should be considered Grammy nomination material.

Shane was born a black American woman in a man's body and she has met plenty of prejudice, but the remarkable thing is how much strength, light and love that shine through Jackie's own words and music. Humans have a tragic capacity for judging each other, but Shane comes across as a true role model, as she is quoted for saying: "I don't think of myself as anything but another person. What I am doing, there is nothing wrong with it. The way others think doesn't mean anything to me. I'm not hurting anyone."

No, Jackie Shane has not hurt anyone by being herself. Instead she has made the world richer with her music, and the proof is here in this package that is a beautiful portrait of a true soul singer.

CD1: Sticks and Stones; Any Other Way; In My Tenement; Comin' Down; Money (That's What I Want); I've Really Got the Blues; Send Me Some Lovin'; Walking the Dog; You Are My Sunshine; Stand Up Straight and Tall; New Way of Lovin'; Cruel Cruel World. CD2: Introduction/Dual Trumpet Bounce; High Heel Sneakers; Barefootin'; Knock On Wood; Money (That's What I Want); Raindrops; You're the One; Don't Play That Song (You Lied); Papa's Got a Brand New Bag; Any Other Way; You Are My Sunshine; I Don't Want to Cry; Shotgun.