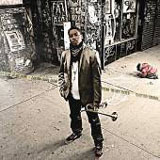 Two years have passed since the city of New Orleans was irrevocably changed by Hurricane Katrina, but the horrific images of death and devastation wrought by the lethal combination of natural disaster and political ineptitude remain firmly fixed in the minds of many Americans, especially those with roots in the Crescent City. A gifted musician born and raised in New Orleans, Christian Scott has released a hauntingly beautiful collection of songs inspired by the spirit and struggles of his hometown, as well as changes in his personal life. If Scott's primary aim was to capture the complexity of human emotions and the resiliency of the human spirit, the trumpeter has achieved his goal on Anthem. Not afraid to showcase his broad musical palette, Scott relies on the divergent sounds of jazz, progressive rock and hip-hop to convey emotions ranging from lucid despondence to buoyant triumph.

Anything but predictable, Anthem opens with Scott's dramatic "Litany Against Fear." The track takes on the characteristics of a Sunday sermon, starting off with penetratingly introspective blue notes, rising to rebellious anger, and then ending with a moment of peaceful resolution. The percussive playing of pianist Aaron Parks, the muscular sound of drummer Marcus Gilmore, the resonant bass lines of Esperanza Spaulding, and the explosive riffs of guitarist Matt Stevens blend masterfully with Scott's brooding lyricism.

Very much like his idol, Miles Davis, Scott has a very laidback style, but as is the case with so many players from New Orleans, he definitely possesses the ability to swing. On the edgy "Re:," which features some dynamic drumming from Gilmore, Scott goes hard bop, slicing and dicing like pre-electric Donald Byrd and Freddie Hubbard. Elements of 1960s jazz can also be found on "Remains District." The song's sound is 21st century, yet Scott's angular playing and elliptical approach on the soprano trombone strongly suggests that he's studied the music and compositional style of Wayne Shorter. What Scott proves on "Remains District" is that one can embrace innovation yet still be a keeper of the tradition.

Anthem ends on a passionate note. A truncated version of the title track features Brother J of the rap group X-Clan. Brother J's fiery rhetoric detonates the aural landscape, as he registers his discontent with the state of affairs in New Orleans and the world. Not all hip-hop/jazz pairings work, but the closing track is a solid effort and a perfect ending to a strong release.

Last year, Christian Scott received a great deal of press, garnered a Grammy nomination, and built a diverse fan base. Definitely a step in the right direction, Anthem should not only bring Scott more fans, but solidify his status as one of the more promising young musicians and composers in the world of jazz.