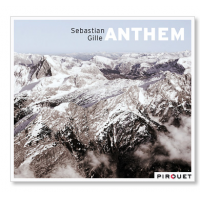 Given that a picture can be worth a thousand words and that saxophonist Sebastian Gille only uses one to define this album, the album artwork may be the better descriptor here. The icy peaks that adorn the cover of Anthem can be seen as a visual representation of the wide open vistas that Gille explores and ...

The most famous and venerable German record label is ECM Records, Manfred Eicher's brainchild, founded in 1969 and still going strong with now more than twelve hundred recordings in its catalog. But there is a German upstart, Pirouet Records, which has been in the business of offering up its own musical vision since the early 2000s, ... 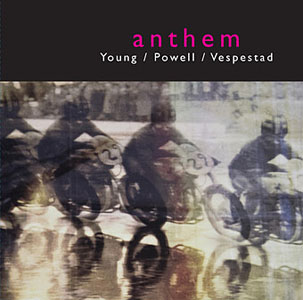 Label: PVY Records Corp.
Released: 2011
Track listing: Time Changes; Wayward; Body of Memory; Advance With Caution; So in Love; Anthem (...For Our Troubled Kind); Aqual; Elegy; When Time is All.

Public perception can often be misleading. Those only familiar with Jacob Young's ECM recordings, including the sublime Evening Falls (2004), inevitably think of him as a painstakingly lyrical guitarist, informed by Jim Hall's economical forward- thinking and penchant for the sound of a warm, organic hollowbody or steely acoustic instrument. But that's only part of the ...