By Ian Patterson
August 9, 2010
Sign in to view read count 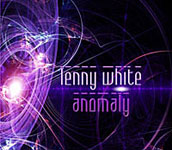 At twenty-five, Lenny White had established a reputation as one of the best drummers in jazz-rock and fusion, having featured as a nineteen year-old on trumpeter Miles Davis' epochal Bitches Brew (Columbia, 1969) and forming one-half of the formidable rhythm team, alongside bassist Stanley Clarke in Chick Corea's seminal fusion group, Return to Forever. In the thirty-plus years between RTF's break up and 2008 reformation, White has also recorded with a long list of topnotch jazz musicians including saxophonists Stan Getz, Joe Henderson and Jackie McLean, pianist Andrew Hill, trumpeter Freddie Hubbard and bassist Ron Carter. Solo albums have been intermittent, so it's something of an event when White releases his first outing as leader since Edge (Hip-Bop, 1999). Essentially, this is a hard grooving rock album, while possessing elements of the exploration and improvisation that characterized the jazz-rock and fusion of his early career, and more besides.

White has never stood still or rested on his laurels, and in spite of Anomaly's roster of heavyweight fusion musicians, the music is nicely varied, with rock, funk, fusion—and the R&B that increasingly colored his releases in the '90s—all featured here.

There is definitely a harder rocking edge to much of the music, compared to the rest of his discography. "We Know" explodes with a great, heavy riff, featuring searing metal solos from guitarists Nick Moroch and David Bendeth on either side of an instantly recognizable bass solo from Stanley Clarke. Even an R&B track like the catchy "Forever" is branded in sizzling fashion by guitarist Jimmy Herring.

The lovely "Dark Moon" ventures into jazzier territory, with some extremely tasteful guitar by composer David Gilmore, and a piano solo from Bernard Wright which maintains the composition's melodic line, bolstered by White and bassist Victor Bailey's unerringly solid groove, making this is an album highlight. Joe Henderson's "Gazelle" is given a more overtly fusion makeover with Bailey and White propelling the piece as keyboardist George Colligan and guitarist Tom Gurna turn in appealing solos. Colligan and Bailey lock down a groove, over which White unleashes a torrent on his kit.

White sounds in absolutely top form on Anomaly; his groove on Guarna's impressive "If You Dare" is utterly irresistible, with a tripping rhythm and constant hi-hat swinging the tune mightily, with the aid of the redoubtable Bailey. White and Bailey combine wonderfully once again on the rocking "Election Day," one of eight originals by White, and featuring an unforgettable melody and more standout guitar work from Moroch.

"Catlett out of the Bag" is a sweat-raising jazz-funk workout, with vibrant harmonies from saxophonist Danny Walsh and trumpeter Tim Ouimette, while "Anthem" is a memorable rock number with progressive overtones and the epic "The Wait has lifted the Weight" closes the CD in slower, bluesy mode.

Anomaly is a fine addition to White's discography, with the drummer at the height of his considerable playing powers.

Drum Boogie; We Know; Forever; Dark Moon; Gazelle; If U Dare; Election Day; Coming Down; Catlett Out of The Bag; Water Changes Everything; Anthem; The Wait Has Lifted the Weight.