By Jakob Baekgaard
February 21, 2020
Sign in to view read count
Back in 1952, Folkways Records released its groundbreaking Anthology of American Folk Music. It was a collection that gathered some of the best slices of American music, including gospel, blues and old-time music. It has since been followed by countless other compilations, but the ambition and the scope of the collection is still relevant. Tradition should be preserved, but it has to renew itself as well.

Tompkins Square Records would be a fine candidate for compiling a new anthology of American folk music. What the label does is basically built on the rich legacy of American music, but it never takes the easy road of limitation. Compilations of archive material and rare records rest side by side with new albums from musicians who have since become well-known faces in the hip indie-public, including Ryley Walker and Brigid Mae Power. In terms of genre, instrumental guitar music and jazz stretch the idea of folk music and the thread between the past and the present becomes beautifully clear when experimental Chicago guitarist Bill MacKay pays tribute to folk legend John Hulburt. The worlds of the new and old weird America get connected and fresh narratives emerge. Following are three releases from the rich catalog of Tompkins Square that show the diversity and depth of American music from gospel to guitar instrumentals to jazz. 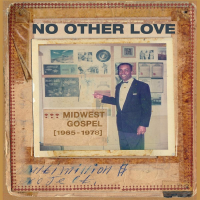 There have been some amazing collections of gospel music that are worth mentioning, especially Dust-To-Digital's Goodbye, Babylon (2003) and Malaco Records' The Gospel According to Malaco (2019). However, these collections are also overwhelming in size (six and eight discs) and the single cd-collection No Other Love: Midwest Gospel 1965-1978 actually gets to the core of what it is that makes gospel music so great. The liner essay in the thick booklet is also beautiful. In fact, it is so good that it could be Grammy material. Including quotes from interviews, it tells the personal story of compiler and researcher Ramona Stout and takes the idea of gospel down to earth in a biographical journey that also becomes the quest for hope seen in a historical perspective.

Stout ends up summarizing gospel music in a definition that deserves to be quoted verbatim: "Black gospel is, to my mind, the musical quintessence of the place where deep sadness and pure happiness meet. And though it is borne of a very particular set of historical circumstances -pains, vulnerabilities and fears -so awful that the United States continues to fail to reckon with them, it is also a very human balm for an all too human pair of emotions."

The fourteen rare cuts found here can be downright funky as the title track by the Messiahs of Glory that sounds like the Meters playing gospel, but the music can also be raw and majestic. An example is the sparse combination of piano, percussion, organ and voices on "Try Jesus" by Gospel Carolets. It's music with soul influenced by soul and R&B whose roots are gospel. Everything is connected.

A note: gospel listeners will also be glad to know that there are many other noteworthy collections of gospel on Tompkins Square: He Is My Story: The Sanctified Soul of Arizona Dranes, When I Reach That Heavenly Shore: Unearthly Black Gospel, 1926-1936, This May Be My Last Time Singing: Raw African-American Gospel on 45RPM 1957-1982, Fire in My Bones and I Heard the Angels Singing: Electrifying Black Gospel from the Nashboro Label, 1951-1983. 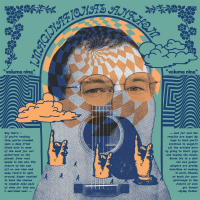 One of the strength of Josh Rosenthal's Tompkins Square label is his talent for finding distinctive curators of music. Ramona Stout is proof of this and Ryley Walker is yet another example. Walker is enlisted to curate the ninth volume in the Imaginational Anthem series. It spans some of the most adventurous acoustic instrumentals committed to wax and the ninth volume is no exception.

On the sleeve, Ryley is quoted for promising "a deep fried black hole to some of the most far out guitarists on the planet. Some real heads in the mix. The future of the axe all on one nice and easy record to spin."

The album delivers on both accounts. It is experimental, but also easy to spin. Starting with the free flowing chant of Mosses' "Om Ah Hung" the album takes detours into ethereal folk vocal on "Walkin' My Cat Named Dog" and howling free form electric guitar on Dave Miller's "Seedlings" that sound like a massive hissing electric cable removed from a socket.

In spite of Miller's electric escapade, the compilation still acknowledges the classic strength of American primitive giants like John Fahey and Leo Kottke. Eli Winter's "Wooden Waltz" is a lovely melodic piece and the album ends properly with the Kottke-influenced "I Used to Sing." For those who are curious about what a guitar can do, this album is a must. 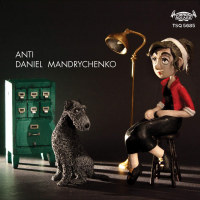 Upcoming San Francisco guitarist Daniel Mandrychenkos debut, Anti, also explores the possibilities of the guitar, but Mandrychenko takes his point of departure in jazz that he twists in different directions.

On "Chicken Tenders," Dann Zinn takes a lovely flight on the tenor saxophone that emulates the lightness of Charlie Parker's alto while Mandrychenko's tone, with crispy, gruff distortion, adds a nice contrast to Zinn's lightness.

In a true postmodern style, Daniel Mandrychenko knows how to play with different musical tropes and the grand theatrical gestures of "The Object Stares Back" recall fusion supported by Danny Castros elastic fretless bass and pianist Abraham Imansjah's odd time signatures on the acoustic piano.

It might be jazz, but the genre signifiers are never stable. It's not pure bop, fusion or swing and when a title promises "They Play the Blues," it is safe to say that they don't. At least, Mandrychenko plays a frenetically idiosyncratic version of it. The blues pulse is there, but the tempo is much higher than expected. In the same way, when high energy and tempo is expected from a title that references punk ("Melancholy at The Punk Gig"), Mandrychenko slows things down and lets the guitar strings ring with reverb.

In other words, you never know what you are going to get and that's the quality of Anti. It's not anti-music, but anti-expectations. However, the experiments are done with respect for jazz tradition and part of the fun of listening to the record is to hear how Mandrychenko is able to put familiar pieces into a new musical puzzle. It certainly makes sense that Mandrychenko's debut is released on Tompkins Square, a label that knows how to dig tastefully into the past of American music and place it in a new context.

Tracks: It's Going to Pay by Brother Randy Wilson; I Want You to Help Me by The Travelers of Zion; No Other Love by Messiahs of Glory; Christmas in Heaven by Rev. H.H. Harrington; Try Jesus by Gospel Carolets; The Number by Wondering Gails; Journey by Joanne & Sonny; You Can't Make It by The Georgia Brooks Singers; God Is Using Me by The Harmony Five; Christ Rose by Rev. John Thomas and The New Christian Fellowship Church Choirs; Black Pride by Rev. H.H. Harrington; I'm Gonna Stand Still by Rev. Mack McCollum; Rocky Road by Joanne & Sonny; Why? by Sister Mary Lucas and The Harambee Singers of Sacred Heart School.

Tracks: Chicken Tenders; The Object Stares Back; They Play the Blues; Melancholy at The Punk Gig; Octo; Derrida; Anti.