Muirhead Quartet: All or Nothing

BY SETON HAWKINS
January 6, 2011
Sign in to view read count 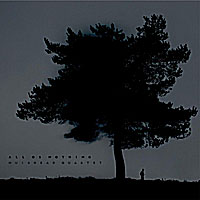 The sprawling double-CD release, All or Nothing, by the Cape Town-based Muirhead Quartet proves to be one of 2010's most forcefully unique, probing, and genre-defying albums. Featuring four stellar artists, the album packs a tremendous aural wallop by offering a veritable master class on just about every major style of jazz that has emerged in the past fifty years. While many recent jazz releases offer little more than star-studded jam sessions, All or Nothing presents a rare treat, with its four talented musicians honing their craft as a unit, exploring the depths of their art, and then delivering their findings.

As can be imagined, the album is extremely difficult to pigeonhole—or even describe succinctly. Some tracks are hard-driving, post-bop tunes that would sound at home on a Kenny Garrett record ("Some Bark"), while others are deeply funky jazz-rock outings ("Gaartjie"),and still others are icy and austere ballads that could make an ECM artist blush ("Dimension Perspective"). Paying tribute to their South African origins, the group also explores its hometown influences on the ghoema-inspired "Lucky" and the gorgeous township-style ballad "Mlungu." It's a truly restless and risky listen throughout the two CDs as the band jumps across stylistic boundaries with aplomb, but it succeeds, thanks to truly strong compositions and its remarkable lineup.

Guitarist Bruce Muirhead and saxophonist Mark Fransman share the melodic work, the two playing off one another quite effectively. While Muirhead alternates between bop-inspired and rock-informed lines (not to mention some effects pedals), his playing is anchored by disciplined and focused technique that yields exciting and fresh improvisation. Fransman's work confirms him as a truly undiscovered gem in the saxophone world; at times delicate and soft, Fransman can also deliver gruff, blues-infused growls as the mood requires. This flexibility is matched by the rhythm section: bassist Shaun Johannes, who is capable of both singing counterpoint and popping funk; and drummer Henirich Goosen, whose propulsive work creatively supports everything from the lightest ballad to the most blues-rock-tinged outing.

Through the double-CD gambit of All or Nothing, the Muirhead Quartet unequivocally establishes what is it capable of, in both composition and improvisation. While it's quite possible that the group's future albums might focus more in terms of style, this gleeful romp through jazz in all its glorious forms is far too much fun to pass up, and is undoubtedly one of the most enjoyable and fascinating records of 2010.

Title: All or Nothing | Year Released: 2010 | Record Label: Self Produced