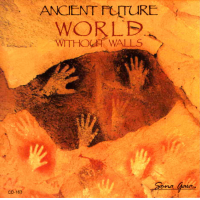 As its name suggests, World Without Walls by Ancient Future depicts a musical world without borders. It features performances by such world music luminaries as Zakir Hussain, the master of the North Indian tabla. The inviting melodies and ingenious use of ethnic textures make this recording one of Ancient Future's most accessible and broadly appealing releases ever. Twenty two years after its initial release in 1990, broadcasters worldwide voted the record as one of the top 5 world music releases of 2012.

All About Jazz musician pages are maintained by musicians, publicists and trusted members like you. Interested? Tell us why you would like to improve the World Without Walls musician page.