When a quartet of established, improvising musicians arrives on stage, there can be some expectation in our minds as to what might ensue. But in the case of live-recorded No Boundaries – with the combined acquired knowledge, intuition and invention of drummer/percussionist Andrew Bain, trumpeter/flugelhornist Peter Evans, alto saxophonist John O'Gallagher and electronics master Alex Bonney – we are prompted to explore spheres perhaps outside of our experience.

The final part in a trilogy of differentiated projects conceived by Andrew Bain (following 2015's 'Player Piano' concert in tribute to the late John Taylor, and then his 2017 Whirlwind release of original material, Embodied Hope), this immersive, continuous sequence of free improvisation was captured at the intimate listening venue of the MAC (Midlands Arts Centre) in Birmingham. "It evolved from a composition project I presented some time ago", explains Bain, Senior Lecturer in Jazz at Royal Birmingham Conservatoire. "That set, entitled 'Frontiers' – with Gavin Bryars, Percy Pursglove, Hans Koller and myself – became the catalyst for this new work, which is in stark contrast to the more controlled basis of my previous outputs. I've known and worked with Peter since the early noughties in New York; and John and Alex were also a perfect fit. Crucially, I'm challenging the idiomatic instrumental make-up of the jazz ensemble where conventional boundaries and comparisons are usually already set."

Also fundamental to the unfettered intent of this collaboration is the fact that the artists had never previously worked together as a quartet, nor was there any premeditated conversation or rehearsal. Among a traditional chordless environment of sax, trumpet and drums (minus piano and bass), Alex Bonney's real-time electronics sample, manipulate and restate live sounds from different sections of the performance, contributing to an arresting, reverberant arc of originality.

As Andrew Bain reminds us, free improvisation is far from an alien concept, but possesses its own language, like bebop or other styles. "There's a lineage to free jazz, which didn't begin in the 1960s with Ornette Coleman and John Coltrane, but goes back at least as far as 1949 with Lennie Tristano's 'Intuition' recording. So we're talking some 70 years – a long time in jazz's centennial history, and in other musical forms, too. The scope of what we're doing can be vast, limitless, and is being created instantaneously, inspired by what has gone before. No Boundaries is liberating, exhilarating – and that challenge, for us all, is so important." 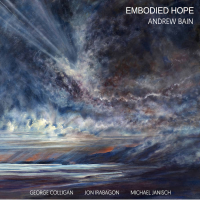 Help improve the No Boundaries page

All About Jazz musician pages are maintained by musicians, publicists and trusted members like you. Interested? Tell us why you would like to improve the No Boundaries musician page.