Label: Whirlwind Recordings
Released: 2020
Track listing: New And Old; There Interploper; Borderline; Oddity; Under The Radar; Scrunge; Search Me; She Can't Be A Spy; Double Life. 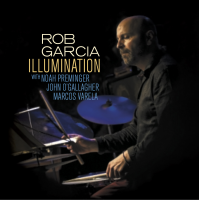 With Zigsaw: The Music of Steve Lampert, saxophonist Noah Preminger presents his most ambitious album to date. Trumpeter-composer Lampert writes cerebral, avant-garde compositions. Preminger, rather than diving into a collection of Lampert tunes, takes on a single forty-nine minute magnum opus piece that zigzags back and forth between structure and openness, with an all-star septet that ...