By Glenn Astarita
December 22, 2016
Sign in to view read count 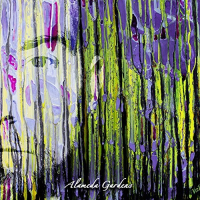 After a few spins, imagery of Florence, Italy guitarist Alessio Forlani playing a supercharged Ferrari with strings came to mind. And while there isn't a surfeit of background information on the Internet, it appears that he's also heavily involved with studio processes and production activities. Here, the guitarist kindles similarities to longtime rock guitar hero Joe Satriani's solo career, teeming with thrusting backbeats and climactic overtures, yet Forlani spices the festivities —or ups the ante —with shrewdly placed EFX, multihued symphonic shadings and thorny time signatures.

Glistened by an audiophile grade soundstage, the guitarist shreds to the hilt, but doesn't forsake qualitative compositional aspects, which is a factor that occasionally undermines many of these solo progressive rock or jazz rock outings by well-known performers. Thus, Forlani rises to the occasion via clean licks, hurricane-force crescendos, blistering and fluent flurries, integrated with rapidly paced blues riffs and then some. The leader also incorporates foot-stomping crunch chords into the mix atop his rhythm section, comprised of alternating personnel. In addition, the bassists and drummers maintain a balanced approach by not impeding progress, yet continually transmit a show of force amid movements that feature brief detours, often reinforcing Forlani's multidimensional approach to the program.

" Absolution" begins with the guitarist's compressed chord voicings, segueing to a torrid straight-four, buzz-saw rocker, tempered with a simple melodic hook. However, Forlani injects a sweet-spot into the grand schematic along with blazing and keenly articulated soloing, as the band lessens the intensity level during the bridge along with counteracting electronics. But the leader's singing guitar choruses are amped on the swiftly moving rocker "Lords of the Sky," where Forlani basically lets it rip. Diversity also comes into play during "Wat Food Market," as bassist Diego Imparato initiates a Latin ostinato motif that resurfaces towards the coda, where Forlani alters the tonal aspects with jazzy lines when switching to acoustic guitar. But "Fluorescent Isometric Pyramids," is a majestic oeuvre, boosted by a big sound.

Currently, Forlani may not be a household name within the global guitar god community, but with the requisite exposure and a significant marketing push, he could become a major force to be reckoned with, as some might say. Moreover, he supplements his attack with hyper-mode works that largely feature harmonious hooks, magnetic storylines and off-centered electronics treatments that augment the intensely moving parts.