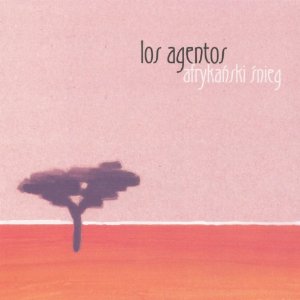 Out of Poland comes an eclectic band of musicians led by harmonicist Robert Lenert, wrapped in a kaleidoscope of sound and image. The name of the band is Spanish, but the players sing in English, French and Polish, and their music takes them through pop, jazz and R&B. A sprinkling of African rhythms and the array of African instruments played by Andrzej Serafin level the musical terrain, but it is the overall context that counts, and the band scores big points with Afrykanski Snieg's varied program.

All of the tracks are vocal outings except for "Broke My Baby's Heart," a blues tune on which Lenert lets his harmonica enunciate the emotion with a foreboding sense of sorrow.

Bozena Mazur and Bozena Okoniewska sing all the songs, with the exception of the title track, on which Lenert lets his harmonica wail across his own languid vocals. Both Mazur and Okoniewska bring in different approaches through their phrasing and articulation, injecting charm into the consistently strong melodies.

"La Neige Africaine" (French for African snow), opens with an old music hall flavor before settling into an inviting, and quite irresistible pop tune. Okoniewska's expands the appeal with her peppy playfulness. "Przeszlo mi" calls for a different kind of emotion, and Okoniewska shows that she is more than a one-dimensional singer as she finds the cord of sadness that runs through the song and grabs it, turning it into a standout performance.

Mazur is no slouch either. She illumines Nina Simone's "Be My Husband," the sadness and yearning in her voice carrying her own bluesy interpretation to great heights. A country-tinged melody is given gentle wing on acoustic guitar, contrasting with Mazur's soft, jazz inflections on "Leniwiec," in turn, giving way to blues instrumentation in changes that are seamless and riveting.

The band brings a range of dynamics into play, the instrumentalists never trying to usurp the singers; in complementing them, the group graphically demonstrates its prowess. With the arrangements adding to the character of the music, Los Agentos comes across as a highly accomplished ensemble.