By Jakob Baekgaard
December 21, 2009
Sign in to view read count 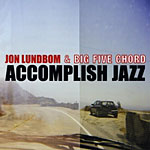 The lineage of guitarists with a lyrical bent is staggering. From Charlie Christian to Kurt Rosenwinkel, guitarists have often been praised not only for their technical skills, but also for their ability to sculpt finely woven lines of melody. Beauty, however, is a strange thing and there is also another school of guitarists to which belongs the likes of Frank Zappa, Derek Bailey and Nels Cline, to whom beauty isn't necessarily connected to harmony and melody, but rather to the exploration of the pure texture of the instrument itself.

While guitarist Jon Lundbom's playing is too wild and adventurous to be called lyrical, he isn't really an avant-gardist either, in spite of his unconventional approach to his instrument. One moment his playing can be soft and tender, and the next he loses himself in abstract arabesques and explosions, waving a complex net of lines around the rhythms of his cohorts, bassist Matthew "Moppa" Elliott and drummer Danny Fischer.

The title of Lundbom's album, Accomplish Jazz, where he also enlists master saxophonists Jon Irabagon and Bryan Murray, is almost programmatic. It could be seen as a new way of perceiving jazz, a way that is neither abstract nor melodic, but where both are combined. An epic track "Phoenetics" is like a city symphony where Irabagon's alto saxophone is honking like a car stuck in traffic while Lundbom makes feedback noise, rising like smoke from the gutters. It's a track that combines abysmal sound collages with relaxed grooves.

A most surprising move is the gentle swaying version of the country classic "The Christian Life," which is played without a hint of irony. But the pastoral lyricism of The Louvin Brothers soon gives way to the more modernistic musings of "Tick-Dog," which finds Lundbom doing a compelling intro where the strings are stretched, bended and turned around into a lovely language that invites the participation of drummer Danny Fischer, who casually cooks things up into a free form groove.

One thing's for certain: Lundbom doesn't fit the boxes that music is so conveniently placed in. His music is just as free as it's funky. It's both old-fashioned and ultramodern, avant-garde and mainstream. Simply put, it's good music, which invites active participation. Accomplished jazz indeed. 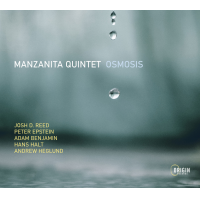 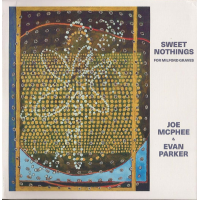