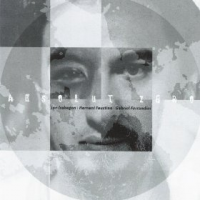 If you are as extraordinarily talented as saxophonist Jon Irabagon, probably best known from his tenure in the gloriously irreverent Mostly Other People Do the Killing, then you might occasionally need to set yourself challenges. He's done it before, on Foxy (Hot Cup, 2010), where he undertakes a relentless examination of a theme from every conceivable angle over 78 uninterrupted minutes. In this instance the gauntlet he has thrown down for himself seems to be to construct something meaningful via the medium of circular breathing and overblown histrionics. Few can have investigated the techniques with as much gusto.

It's a test not only for the reedman, but for his bandmates, here comprising the Portuguese pairing of bassist Hernani Faustino and drummer Gabriel Ferrandini, from the acclaimed Red Trio. It's a testament to the ingenuity of all three that they find so many ways to create a listenable experience from such narrowly defined source material. Irabagon frequently hits on and builds from reiterated motifs, barely playing an uninflected note without it heading off-piste, in an exhibition of carefully controlled distortion. As expected Faustino and Ferrandini mesh tightly, the bassist's powerful tone combining well with the drummer's inventive tone color play.

However one drawback of the saxophonist's tactics is that the potential for interaction is at times reduced to one way traffic: it's much easier for drums and bass to respond to the saxophone than vice versa. Possible responses can be to mirror the reedman's continuous line or pursue a separate unrelated path. Both options are thoroughly explored. Faustino's droning arco echoes Iragagon's busy alto on "States Of Matter," while his insistent riff recalls the hornman's repeated phrases on "Nova." At the other extreme on "Crust," the tumbling bass/drums interplay becomes increasingly captivating in contrast to the slowly modulating upper register saxophonics. At best, as on the assertive free interchange of "Cosmic Distance" or the frantic "Degrees Of Freedom" featuring a tour de force outpouring from Irabagon, the collective high wire performance is exhilarating.