Megumi Yonezawa Trio: A Result of the Colors 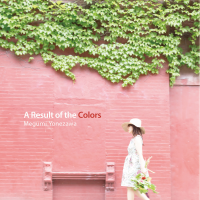 Those outside of New York City, where Megumi Yonezawa currently resides, may only recognize the Japanese pianist, if anywhere, as sidewoman for Greg Osby (see 2004's Public on Blue Note), who brought her onboard following an enthusiastic endorsement from none other than Jason Moran. It was in Osby's band that she developed a rapport with drummer Eric McPherson, and along with bassist John Herbert forms the trio of this, her leader debut. Being such an inaugural enterprise, it invites listeners as if spectators through the doors of a newly opened art gallery, absorbing each track as a painting to be admired. This is, of course, one of many possible interpretations of the title song, which for the composer reflects a spectrum of human experiences. Its cocktail of nostalgia and forward thinking signals a full talent at the keyboard. Yonezawa's pianism clears roads of resistance with intelligence, interlocking with her rhythm section's arcs of brushwork and resonant bassing, and all with a comportment beyond her years.

Between this opener and a restless "Epilogue," Yonezawa, as she puts it, "dialogues" with the freedom of expression that is her muse. What begins as a rubato feeling out of territory locks into the off-kilter swing of "Dr. Jekyll And Mr. Hyde" and "Nor Dear or Fear," both of which feature appropriately bipolar playing from the bandleader and smooth renderings at the kit from McPherson. Herbert, for his part, emboldens Yonezawa's beauties in the enigmatic "Untitled." As the deepest valley in the album's topography, it's also its most comfortable and integrated, while "Sketch" makes up its cartography as it goes along.

But it's Yonezawa who stretches and primes the canvas of every tune, as made obvious in "Children of the Sun." Inspired by the vivaciousness of youth at play, it sports a tropical feel that shows her breadth as a colorist. As in her rendition of the standard "For Heaven's Sake" (the only of the album's nine tunes without a claim to her pen), she taps a wellspring of spirit, love, and faith. With a grandeur that is yet tempered by intimacy, it ascends patiently into sunlight, flexing like a bird's hollow bones. More than anywhere, one can hear shades of her many influences, ranging from J. S. Bach and Claude Debussy to Stevie Wonder and Keith Jarrett. In tending to these, she walks a middle ground through continents of liberation and precision. Even in the stilted dissonances of "A Letter from Stillness," she binds seemingly divergent planes with a strong emotional adhesive.

"Faced with endless choices in life as we are," says Yonezawa of this album's overall theme, "we nevertheless create lives of our own the moment we make a choice," and it's precisely her willingness to encourage the freedom not only of the music but also of the listening that makes this one choice you won't regret.

A Result of the Colors; Children of the Sun; Untitled; Dr. Jekyll and Mr. Hyde; Sketch; For Heaven’s Sake; Nor Dear or Fear; A Letter from Stillness; Epilogue.