Boz Scaggs: A Fool to Care

BY DOUG COLLETTE
April 4, 2015
Sign in to view read count 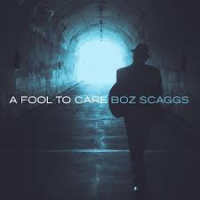 Less is more had to rule the sessions for Boz Scaggs' A Fool to Care. The core quartet of accompanists includes the producer drummer Steve Jordan, who's worked with the likes of Neil Young and Keith Richards, and while, like Memphis (429 Records, 2013), this album was recorded in a musical bastion of America-Nashville Tennessee-the album's twelve tracks proceed with a pithy economy right from the start, with "Rich Woman" and the title track, each of which seem to be over before they start.

Each cut, however, continues long enough to hear the salty humor in Boz Scaggs singing and it continues in "Hell to Pay, " which rubber stamps A Fool to Care as a unique entry in his discography. The front man is no less suave than on the most commercially successful record of his career, Silk Degrees (Columbia, 1976), but he sounds more approachable than ever here.

That's why it's so appropriate two of the standout tracks on this record are duets. Bonnie Raitt's slide guitar and voice on that aformentioned cut imprint the performance with her own persona, simultaneously extending the good-natured mood that permeates this record. Meanwhile, Lucinda Williams' presence on the finale, "Whispering Pines," is also thing of beauty too, but an altogether different one as it brings to mind the most heartrending moments of Boz Scaggs' last record as well as some of his earliest such as Moments (Columbia,1971).

It's no small compliment and certainly not a left-handed one to state that Scaggs and Williams together evoke a deeply poignant mood equal to that which Richard Manuel himself created on this song from the Band's eponymous second album. Nor is it any accident the warm tones of accordion on "Small Town Talk," co-written by the bassist of that iconic group, Rick Danko, create a similarly inviting ambiance. The warm tones of vibraphone on "Last Tango on 16th Street" continue in that vein, presaging numbers written by Curtis Mayfield ("I'm So Proud) and Al Green ("Full of Fire"), all of which exhibit the same ensemble unity as an even deeper extension of Scaggs roots in the form of New Orleans' Huey P. Smith's "High Blood Pressure."

Understated as are guitarist Ray Parker Jr, bassist Willie Weeks, keyboardist Jim Cox and Jordan, they are resplendent here on their jaunty own (with only the addition of background singers including Scaggs long-time stage companion Conesha 'Ms. Monet' Owens), illustrating how they've fortified the more lush arrangements on A Fool to Care. Engineer Niko Bolas' mix preserves those diverse textures, including tasty touches of woodwinds, in perfect proportion to the rest of the instruments and the deeply resonant tones of Boz Scaggs' singing too: as on "There's A Storm A Comin'" and "Love Don't Love Nobody," his voice is the most versatile instrument on this record, communicating the truths inside this well-chosen selection of songs.