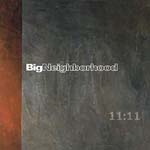 Right at the start of this set, on "Anthem for Jolyon Wagg, we can see and hear what this group is all about. It's new music alright but it's smart, well-played and colorful while at the same time being straight ahead, in the pocket and most mellifluous.

These guys write smart tunes that give the players a chance to shine and listen to each other. They're inventive without being arty for arty's sake. It's a big neighborhood indeed that allows for this communicative blend of individual artistry and group interplay. As guitarist (and unofficial leader) David White suggests in his notes, it's a bold blend of compositional know-how and inspired improvisation. What truly astounds about the playing is how quietly these men make their points. Alto saxophonist Chris Fagan, bassist Doug Miller, drummer Phil Parisot and White make powerful music that talks cogently and doesn't need to knock a listener over the head.

These players understand dynamics, spacing and color. The title tune is an oddly-phrased bluesy gem that allows everybody to contribute and make solo statements that only serve to further the musical progression. Parisot knows how to create drama without overpowering and Miller pulses soundly underneath but is a clear and present presence. The title tune knowingly utilizes music from Paul Hindemith but it's beautifully integrated into the musical whole. There's a wonderful variety here—and every tune makes its statement subtly and artfully. The quiet expositions give the listener the space to truly listen and discover just what's happening. This is a generous and expansive musical experience.