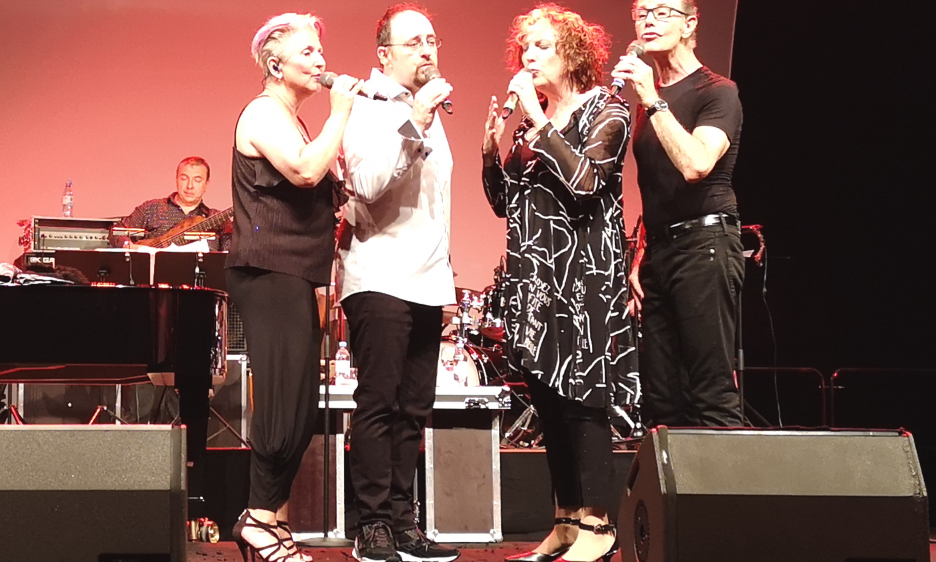 Ystad on the Swedish South coast is known for two things: Henning Mankell's crime novels (and the tv movies) about his police detective Wallander, who investigates spectacular murder cases in the small town of just nearly 30,000 people; and since 2010 for the YstadSweden JazzFestival, one of the country's best jazz events. If one should describe it in one word it would be "friendly." It is totally noncommercial because the entire festival team consists of volunteers, including the founder and director Jan Lundgren, a pianist who made Ystad his home years ago and who performs at the festival every year free of charge. Therefore, the overall atmosphere is pleasurable and relaxed.

Venues include Ystad's beautiful 1894 Theatre, the Scala (Sweden's oldest cinema still in use), the sports hall Ystad Arena, the church of St. Mary, the Konstmuseum (art museum) and the church of Ystad's 13th century monastery.

Every year, the festival features a Guest of Honour, an influential jazz veteran. In former years it was, for instance, Quincy Jones and Hugh Masekela. The 2018 Guest of Honor was Monty Alexander, who played a spectacular concert with his trio at the Ystad theatre and I could not believe my ears when he said that just five days before he had suffered his second stroke! After the show he told me that he had to perform consciously—avoiding certain notes that would have been too difficult to play and choosing other fitting ones instead.

It has become a tradition that every year the excellent Swedish Bohuslän Big Band performs in Ystad with a special guest. When I attended the festival for the first time in 2016, it was Joe Lovano; this year the orchestra featured the Israeli trumpeter Avishai Cohen and several of his compositions.

Ystad's oldest church, St. Mary's from the 1240s, has a tradition that started in 1748. Between 9.15 p.m. and 1.00 a.m., the night watchman blows his horn every 15 minutes to signal that all is well. According to a new tradition, this job is now assumed on the first jazz festival evening at 10.30 p.m. by a trumpeter. While past players included Hugh Masekela from South Africa and the Italian Paolo Fresu, it was done this year by the Swedish trumpeter Mårten Lundgren.

The final day of the Ystad jazz festival on the Swedish South coast started with a unique event. At 4.00 a.m. buses took the audience sixteen kilometers East of Ystad to a headland from which Ales Stenar overlooks the Baltic Sea. Ales Stenar is an ancient stone circle although it does not really have the form of a circle but of a Viking long-ship. The stones were erected about 1,200 years ago at the heyday of Viking culture and provided the dramatic background for a sunrise concert bythe Norwegian trumpeter Nils Petter Molvaer, who is famous for his experiments with electronics. At Ales Stenar he played his trumpet over pre-recorded soundscapes and rhythms.

The festival finale featured Sweden's trombone ace Nils Landgren (the last trombonist of the Crusaders) and his Funk Unit together with many other festival performers like the director Jan Lundgren on the piano, the Finnish saxophonist Jukka Perko, the Italian trumpeter Paolo Fresu and the Swedish string ensemble Mucica Vitae. In the end, they all joined together to play the Fred Wesley funk jazz classic "House Party" (with a string arrangement!) to an excited audience.

About The Manhattan Transfer