Beep: You Are Special, You are a Special Friend 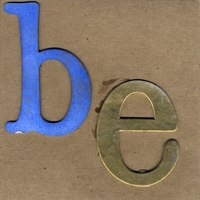 Beep is a relatively recent recording band featuring pianist Michael Coleman, bassist Nate Brenner and new drummer Sam Ospovat. The music Beep plays might trot and skip, slide, gambol and rush breathlessly; sometimes streaking across a musical canvas that occasionally intersects with familiar sound. Was that a Thelonious Monk figure or did a Cecil Taylor-like run just flash by? Was that a Sonny Sharrock power chord transcribed for keyboard? Did John Lennon just lay down a vocal? Wasn't that sudden pause for breath a leaf from Karlheinz Stockhausen's book? And that tonal progression... who's afraid of Arnold Schoenberg or even Pete Seeger? And that is not necessarily a bad thing, in this band's case. On the contrary, with You Are Special, You are a Special Friend, Beep shows how a myriad of other voices can coalesce into a significant other, namely its own.

The music on this disk is intelligently and humorously conceived, and even when sentiments are noir-ish they are shared without undercurrent or hidden agenda. When social comment is made it is shared with erudition and not shock and awe. There is a whole group of written and improvised material that rings and thuds along with funerary melody, enriched with wondrous harmony: "1524 7th Ave," "You Stepped Out of a Nightmare"—which, in its atonal, circus ditty-like middle section, is a racy and slyly humorous comment on "You Stepped Out of a Dream"—and "Hostile Takeover." The musicians also give sharp notice of their virtuosity: Coleman, with his atmospherics and use of open pedal dynamics; Brenner's con arco playing; and the variety of rhythmic patterns almost strummed out of the skins by Ospovat are a delight to hear.

Other songs providing novel sketches, such as "One for Tilly" and Marty's Mishap," which show how this band can, with unusual harmonic ideas, raise group interplay and individual improvisation to a sharp new level. There is also, on tracks like "Space Sneaker," "Intelligent Design," "Machines" and "Rust Belt," an interesting approach to the unraveling of timbral excursions within melody and harmony. This not only increases the expectation of drama as the songs progress, but also makes for a few breathtaking surprises, as heard on "Intelligent Design" and "Indie Rockers Paradise." There is much more in the way of exploratory work on this album, with "Tune for Tune-Yards" and "Emotheimer" featuring interesting and symmetrically dissonant linearity.

The danger of embarking on a musical journey with a band such as this, which uses idiosyncratic metaphors and other quirky devices, is that it becomes risque; to predict when tedium might set in. Fortunately, with Beep, the music is never staid, even as the repertoire progresses. Coleman, Brenner and Ospovat allow the sound to dictate the shape of the music that will emerge, for the enigma of the next notes, phrases and whole choruses to become exciting new prospects time and again.

Title: You Are Special, You are a Special Friend | Year Released: 2009 | Record Label: Self Produced