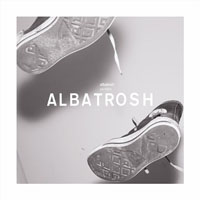 2012 seems to be a year of change for many artists. Not so for Norway's Albatrosh, the duo first heard while still in school and before they'd made a record at an overnight stop in Rosendal, as part of the 2008 JazzNorway in a Nutshell junket. Paring back to the core duo that first released Seagull Island (Inner Ear, 2009) but expanded to a quartet on Mystery Orchestra with Grenager & Tafjord (Inner Ear, 2011) might seem a step backwards for pianist Elyolf Dale and saxophonist André Roligheten, but a new label and a change of scenery finds Albatrosh still growing, while retaining the strong markers that have defined this duo since its inception, when Dale and Roligheten were still in their teens.

If the intrepid Albatrosh continues to reference saxophonist Dave Liebman and pianist Richie Beirach's longstanding partnership—in particular Roligheten's expressionist tendencies and predilection for gritty multiphonics, as well as Dale's unmistakable roots in a classical tradition—it distances itself from the four decade-old duo with an approach that treads an even greyer line between complex compositional constructs and unfettered spontaneity. Liebman and Beirach may have their code, but so, too, do Dale and Rolegheten. Those who continue to unfairly accuse artists from outside the United States of not being sufficiently in the tradition will find little to change their minds in Dale's impressionistic "Central Park." But while "Pickup Truck" begins with a knotty unison line bolstered by relentless left-hand arpeggios, when the duo suddenly breaks into a fiery swing halfway through the tune, it becomes clear that Albatrosh is absolutely of the tradition, even as it looks to push and pull it beyond recognition elsewhere in the set.

If the all-acoustic Albatrosh is something of a rarity on Rune Grammofon—a label that, by and large, focuses on electric music of many persuasions—it's a move that should garner this duo additional international attention. Recorded in just one night last spring, outside New York City in the titular Yonkers, this set of original compositions together and collaborativelty by Dale and Roligheten continues to hone Albatrosh's simultaneously serious and playful approach; there's no denying the quirky mischief of Roligheten's accelerating melody, played with the kind of simpatico that's the consequence of more than half a decade playing together on the exhilarating miniature, "Fifths."

Together, Albatrosh makes for one of today's most expressive and intuitive piano/sax pairings. Yonkers is another winner from a duo that may still be young in years, but whose reach and ability to work within and without the jazz tradition belies its youthful age and, instead, makes a strong case for partnership and the commitment to finding a collective voice that transcends individual strengths to create an unbreakable yet ever-pliant bond.