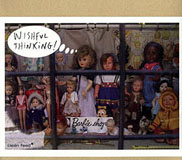 In days like these acts of musical subversion are always welcome, especially if they have the effect of provoking the conservatives into apoplexy, as this one just might.

What we have here is the "classic" hard bop quintet line-up of trumpet, tenor sax, piano, bass and drums putting out music that has next to nothing in common with that or any other overt strand of the tradition. What's here instead is a program of group originals that are largely the antithesis of the rudimentary line for blowing on.

Tenor saxophonist Alipio C. Neto's "Shi Jing" is a case in point. Over the course of almost nine minutes, nearly all the things that make this so distinctive a group come to the fore. Drummer Rui Goncalves' snare drum crack is every bit as distinctive as Louis Moholo's and the energized rushes of sound from all five members of the group sit remarkably easily alongside a line which echoes that of Miles Davis's Four & More (Columbia, 1964), perhaps as an oblique nod to precedent.

Bassist Ricardo Freitas's "Zombra" is a whole different deal and as such, a benchmark for just how much ground these guys are capable of covering. Alex Maguire's piano work shows no overt allegiance to anyone and it's always a joy to hear a musician whose work is so self-contained. Again there are the abrupt changes of tempo and mood which are hallmarks of this band's work, but the fact that they're brought off with such uncontrived aplomb offers maybe the best insight into just how well they function as a unit.

The contrast between the formal and the informal is one of the many things this group brings to the figurative table and this is especially evident on Neto's "Urs's Epitaph -DER HIRT. In Memoriam Urs Zuber," where a dark but translucent line is realized through deft, multi-shaded contributions from the whole group. Again the listener is reminded of just how dense and enigmatic this music can be.

Neto and trumpeter Johannes Krieger are never featured in solo as such, though the subversive heart of this music lies not in such relatively superficial breaks. Krieger's wistful "Bundawar" encapsulates just how different their roles are throughout the program and the underlying impression is of just how much importance these men attach to color as opposed to the sometimes tiresome results of extended soloing in an idiom that's been around for over half a century.

Over the course of a program that arguably owes as much to more overtly formal Western art music as it does to jazz as such, it becomes clear that this group has marked out some singular territory. Their efforts in doing so pay ample rewards when it comes to stimulating listening.