Who Listens to Jazz 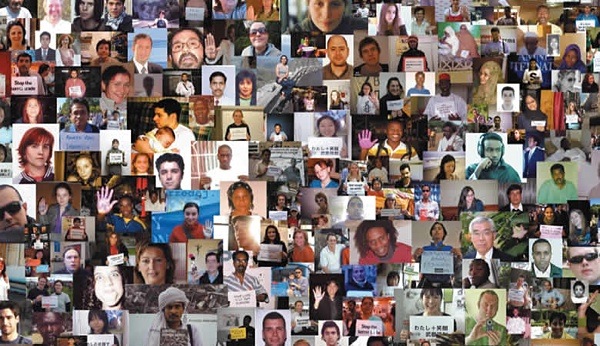 BY JEFF FITZGERALD, GENIUS
April 14, 2016
Sign in to view read count
There is an old Indian legend about several blind men examining an elephant. Each examines a different part of the creature and comes to a completely dissimilar conclusion as to what it is. Then the elephant, in a state of musth, stomps the helpless bastards to death to get at a '67 VW Microbus he mistakes for a particularly attractive female. The moral of the story is not to let handicapped people screw around with elephants.

But like that story, where each man forms his own opinion of what he is encountering based on his limited experience of it and thus seals his own doom, there is more than one moral which may be derived from this fable.

Bear with me, kids, I'm going somewhere with this.

Ask the average Joe (not Joe Pass, obviously) what kind of person listens to Jazz, and you are likely to get a blind-man-meets-elephant response. The top two responses will likely be "middle-aged, middle-class white guys" and "pretentious hipster kids who think obscure underground bands with names like Shrödinger's Quantum Litterbox are still too mainstream."

Obviously, stereotypes become stereotypes for a reason. There is a certain percentage of middle-aged white guys driving around in Toyota Prius's listening to Larry Carlton on their way to get a cup of organic shade-grown fair trade coffee. And there are more than enough faux-hemians out there, listening to Medeski Martin & Wood through their iPod earbuds as they serve cups of organic shade-grown fair trade coffee to middle-aged white guys.

If Our Music were simply the province of two very distinct subgroups of individuals, then it would be no more significant to the American discussion than NASCAR Craftsman Truck Series Racing or that horrid green bean casserole that no one seems to like but everyone brings to holiday gatherings. Have you seen a website called AllAboutGreenBeanCasserole.com?

For Jazz to have endured and prospered for as long as it has, and under the conditions it has, there must be something to it. Its appeal must extend beyond just a few well-defined partisans. Though I hesitate to use the word "diversity," it is precisely the real multeity of individuals who keep Jazz alive and in relatively good health (though, at our last check-up, Jazz's cholesterol was a bit high).

So then, we come to the point of this whole article: Who listens to Jazz?

The short answer is, there is no short answer. There are as many different types of Jazz lovers as there are varieties of mustard, hot sauce and salad dressing in the 'Dome's inexplicable condiment collection. And I have six different varieties of Tabasco sauce alone. Jazz fans run the gamut from plain yellow mustard to a whole grain Dijon, from Frank's Red Hot to El Yucateco Kubit-ik sauce, from ranch dressing to Parmesan garlic ranch dressing.

But if there is one common thread among Jazz fans, it would be that they are of at least slightly above-average intelligence. Dumb people don't listen to Jazz. I hate to sound harsh, but that's a fact. And I don't have to worry about dumb people taking offense to that statement because they're all over at TMZ waiting for Lindsay Lohan to do something (else) stupid. Because there are few things dumb people love more than watching other dumb people do dumb things (see also, Jersey Shore).

To say that all smart people like the same things is as ridiculous as saying that all tall people are good at basketball. Abraham Lincoln (6'4," which was Shaq for the time) had an absolutely horrible turn-around jumper, and was virtually useless in the paint. But, in all fairness, Shaq can't hit a free throw to save his life and the Gettysburg Address being recited by third graders over a cassette tape of "The Battle Hymn of the Republic" would still make better listening than Shaq Diesel.

So to recap what has transpired thusfar: all Jazz fans are smart, not all smart people like Jazz, a variety of people enjoy different things (who knew?), and no one actually likes green bean casserole.

What I'm saying is.

In fact, it could be argued (by me, here) that I am the very embodiment of all of the contrasts that add such a richness to the tapestry of Our Music. I was born in the backwoods of Kentucky to West Virginia hillbillies, and raised in the mountains of Virginia. And while the South has contributed disproportionately to the purview of American music, this general area is more known for banjo-driven songs about trains than free-form explorations of tonal space.

Raised in a town where the entire Jazz scene consisted of a guy who claimed to have once felt up Mary Lou Williams at a cotillion, and educated in public schools where none of the three R's stood for rhythm, it is almost a miracle I was exposed to Jazz at all. But for high school band, which I joined in a mistaken attempt to avoid going to Vietnam (despite the fact I was only thirteen, and the war had been over for several years), and the proliferation of cable television, I might have gone through life never knowing that the combination of Coltrane's sax and Johnny Hartman's voice can loosen a woman's undergarments faster and more effectively than a salad bowl full of margaritas.

I went on from these humble beginnings to acquire an appreciation for such refined interests as the films of Akira Kurosawa, the art of Salvador Dali, the designs of Frank Lloyd Wright and the torso of Christina Hendricks, I never felt compelled to leave behind the imprints of my upbringing (or, as we would say in the South, I never did get above my raisin').

While I love bottle-conditioned Belgian abbey ales, there is much to be said for a cold Budweiser at the ballpark on a languid summer evening. I enjoy Beijing opera and Chinese take-out eaten directly from the box. I love watching football (and I don't mean soccer, you Euro-heathens), and foreign films. I appreciate the cuisine of virtually every region on earth (except for the places where they eat bugs and worms just to see the tourists gag), and I take pleasure in attempting to prepare recipes so challenging they'd make Julia Child call out for pizza. But I also enjoy the Appalachian culinary tradition of frying the hell out of something and then covering it in gravy.

If my love of Our Music separates me from my Appalachian-bred Taylor Swift-loving, NASCAR-obsessed, Go Hokies! brethren, then it is my disdain for an equal portion of the accouterments of intelligentsia that keeps me from earning a seat at the cool kid's table at Panera Bread. I prefer ESPN to PBS, XM to NPR, and NFL to MLS. I lack the d-bag hipster cred to like PBR, even "ironically," but I can still groove with the occasional PB&J. I tried to think up some more clever acronyms to enforce my point, but ended up SOL.

Perhaps just as important as the wide and varied amount of things I like is why I like them. I don't look at discerning taste as a mark of superiority, as though the sincere appreciation of Wagyu beef somehow places me on a higher plane of existence. I like the things I like not because I seek to escape the limitations of my upbringing, but precisely because of my upbringing. My parents, hillbillies though they were, saw the world as being filled with only two categories of stuff; good and bad. And the only way to tell what was what was to give it a go. They instilled in me the philosophy "Try everything, and give it an honest shot. Like what you like, and don't worry about what any one else thinks."

Which brings us back to Jazz. There are a lot of different people who listen to Our Music for a lot of widely disparate reasons. Certainly, there are people who like Jazz because they think it is something people like them should like. There is undoubtedly a level of snobbery in Jazz as there is in any other human pursuit. Literally anything you can think of, somebody somewhere is taking it entirely too seriously. Google® something, anything—and then brace yourself for the results—if you don't believe me. But that is just one part of the Jazz elephant. Feel your way around, and eventually you may find the fun side of the beast where the beer flows like water and a good time is had by all.

So there you have it, kids. Proof positive that Our Music can and should be accessible by all no matter whether they think they're the type of person who listens to that type of music. If I've accomplished nothing else in my ten years with AAJ, I believe I've proved beyond any reasonable doubt that Jazz will take anybody.