By LUKE SEABRIGHT
April 2, 2019
Sign in to view read count 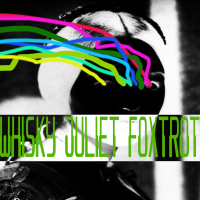 Much like the highly-regarded We Out Here (Brownswood Recordings, 2018), Whiskey Juliet Foxtrot is all about showcasing some exciting new talent in jazz. However, there is perhaps an extra lesson to be learned from Byrd Out's new compilation album; we would be wrong to assume that the UK's flourishing scene is solely concentrated in London.

There is no denying that the capital is the epicentre of it all. The range of music coming out of there and the revitalised public engagement accompanying it are both remarkable. It's no surprise then that new events should be popping up, such as the Walthamstow Jazz Festival. This compilation features emerging artists from the festival's first-ever line-up. Quite of few of them, however, are not from London. The first artist, Dulahli, hails from a city further north, Leeds, a jazz hotbed in its own right. A singular free-form mix of offbeat samples and glitches, sparse strings and percussion opens his track, "Rainoids," before settling into a ruggedly funky beat. His jazzy, texturally-dense electronica sets the scene for a multi-faceted album where different styles blend.

A Leeds-based band also closes the album. "Uri Surfarian Suite No. 1" by Hey Fish, in which a Balkan-sounding melody is given a raw, post-punk kind of treatment, is a definite highlight. The Leeds connection continues with the seven-piece collective Tetes de Pois. On "Splice," two saxophones enter in unison with a waltzing ostinato, and it's only once bass and piano emerge with a monotonic pulse that the rhythmic feel shifts towards a tense, brooding groove.

Representing London is the exciting quintet PYJAEN. Their track "Tomaas" is one of two live numbers on the album. The floating psychedelic intro is pierced by a funky riff on guitar, the airtight bass and drums combo joining in to further drive the vamp. The horns then carry the head, which features some clever interplay and Weather Report-like harmonies. The jam that follows features a solo on muted trumpet by the excellent Dylan Jones (also from Ezra Collective), whose incisive yet understated lines riff perfectly off Benjamin Crane's rapid-fire interjections on bass.

But that's about it for London. Run Logan Run is a Bristol-based duo. On "Death Is Somewhere Else," Andrew Neil Hayes' hypnotic loops, to which he adds reverberation and delay, create thick drone-like expanses whose trance-like quality is compounded by Dan Johnson's powerful drumming. Waldo's Gift, also from Bristol, have the second live track of the album. On "Untitled," the trio has a compelling math-rock sound full of polyrhythmic dexterity and sparkling melody.

For those curious to discover some of the original music coming out of the UK, this is another great introduction. In their own ways, the artists here are all contributing to an exciting new wave of crossover jazz. What is more, they are all fresh on the scene, so we have plenty more to look forward to.